On New Year’s Eve we took a look at some of the ‘lowlights’ of 2017 – and the incompetence and greed that drove them. Today, let’s ring in the new year by remembering the victories and spirit of resistance that will light our way in 2018.

We Made Our Voices Heard for Housing Justice!

Throughout the year, people who care about housing and their communities stood up and made their voices heard for the right to safe, affordable, equitable housing for all!

The biggest mobilization of the year took place in September during the HomesforAll #RentersWeekofAction. During this inspiring week, over 60 actions and assemblies took place in 45 cities, with thousands of renters gathering to march together, learn from each other and call on their local and federal representatives to make the human right to housing a reality.

Adding to the week of action, PolicyLink, with their partners in the National Equity Atlas project, published national and local fact sheets that found that renters are now the majority in the 100 largest U.S. cities. Their research also uncovered that a staggering $124 billion would be put back in struggling families pockets annually if they paid an affordable rent of 30% of their income.

In July, in response to Trump’s disastrous budget proposal, a coalition of groups came together under the #NoCuts banner to push back against Trump’s announced cuts to the HUD budget. Rallying first in cities across the country and then together in Washington D.C. at the Tenants March, thousands lifted their voice in support of housing justice for all and a fully funded HUD.

Just a few weeks later, the National Low Income Housing Coalition held their National Week of Action, Our Homes, Our Voices, with events in cities and towns, from Florida to Alaska, to tell Congress that housing is critical and must be protected.

Finally, in December, over 100 tenants and community leaders from the People’s Action Institute network came together in Washington D.C. to hold the People’s Hearing on Housing and to release their bold plan to address the national housing emergency. The event featured inspiring testimony from residents as well as remarks from Congressional champions Rep. Jan Schakowsky, Senator Bernie Sanders and Rep. Emanuel Cleaver. 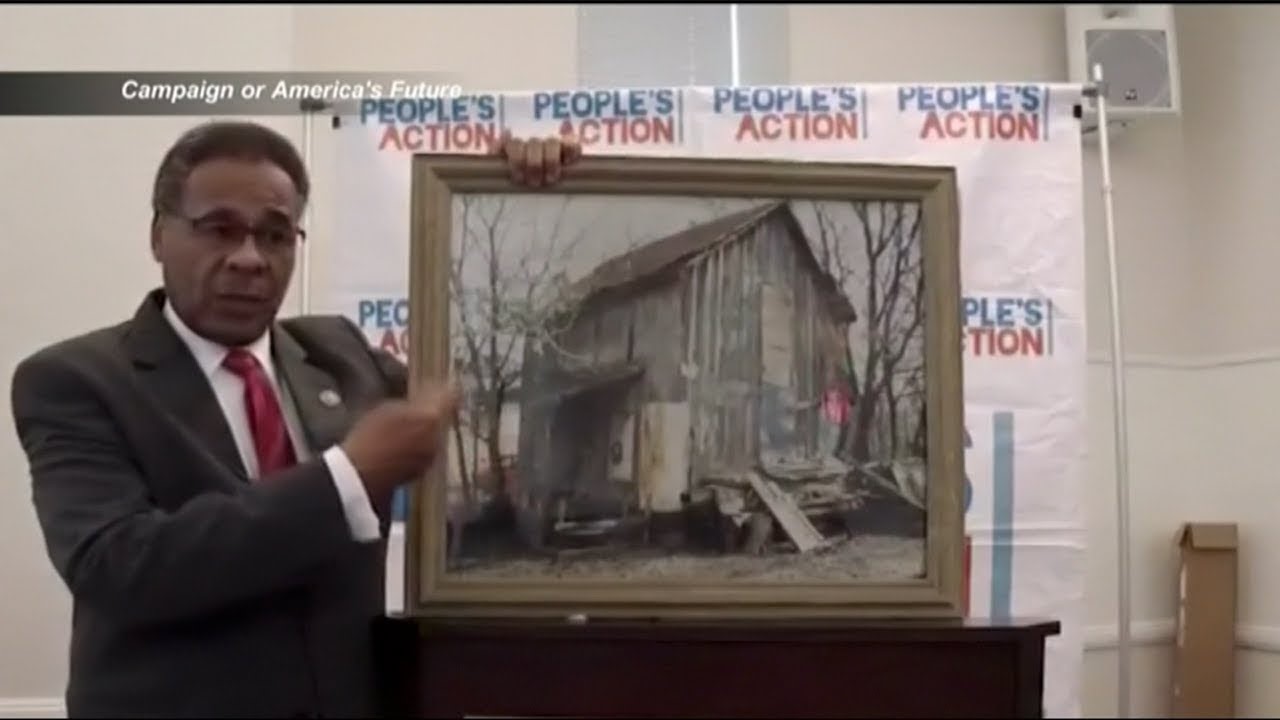 Thanks to the hard work of local leaders and housing advocates across the state, including the groups in the Housing Now coalition, California led the way with the enactment of a suite of 15 bills designed to address the housing crisis. From dedicated funding streams for housing production to tenant protections, these initiatives mark a major step forward. There is still more to do to address the severity of the housing emergency in California, but the passage of the package represent a big victory!

Victory and momentum weren’t limited to California. All across the country renters and housing activists are making positive change happen. From new tenant protections in Pittsburgh and Missouri, to inclusionary zoning in Atlanta and Denver, to rent control campaigns taking off in California, Washington and New York it was a big year paving the way for even more victories in 2018.

On October 17 and 18, residents, activists, and organizers from across the South met in Atlanta for the first Homes For All Southern Land & Housing Leadership Assembly. Members spent three days learning from each other’s local organizing, getting to know and build trust with each other, developing a collective vision for expanding land and  housing organizing across the south, and planning next steps to build regional power towards land and housing liberation.

Housing Justice for All

In December, the Upstate/Downstate coalition formed Housing Justice for All, a campaign that is confronting New York Governor Cuomo, challenging him to get serious about the affordable housing, homeless and displacement crises that are impacting every corner of the state. They demand the Governor protect tenants’ rights, invest in ending homelessness, and stop disinvestment from public housing.

On Christmas Eve, we got the best present ever – a resounding legal victory over Secretary Carson and Trump. Civil rights activists and attorneys sued Secretary Carson when he tried to delay implementation of a rule that would give voucher holders the ability to move to higher opportunity neighborhoods while increasing protections for those who want to stay where they are. Fair housing and civil rights won the day when activist achieved a resounding victory in court and the judge ordered HUD to start implementing the program January 1st!

Make no mistake, the budget proposals on the table and the tax plan that just passed will cause tremendous hardship for millions of families. But when we marched, called and refused to be silent we made an impact. Trump’s draconian budget was soundly rejected, and the ‘cruelty light’ budget bills from the Senate and House are not yet law. In addition, Low Income Housing Tax Credits, the single biggest source of private low-income housing construction funding, were saved from the chopping block. We have major battles to fight and win in the coming year, but the groundwork has been laid with the fights waged this year, .