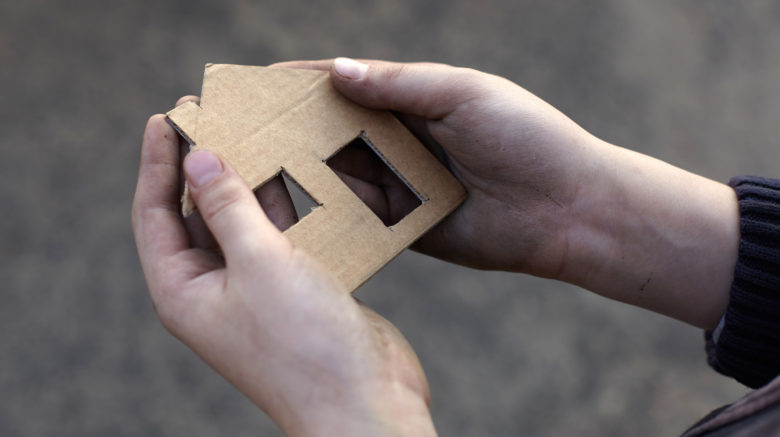 Teddy Kỳ-Nam Miller is a Senior Associate at the Center for Infrastructure Equity at PolicyLink.

This week, the House Appropriations subcommittee on Transportation, Housing and Urban Development will mark up the FY2018 budget bill for HUD.  A few weeks ago, in an illuminating coda to President Trump’s heartless budget that punishes our most vulnerable and redistributes trillions to the most wealthy, HUD Secretary Ben Carson stated that he believes that poverty is a “state of mind” and that with certain people “you can give them everything in the world – they’ll work their way right back down to the bottom.” This ideological stance that blames the poor for failing to emerge from their challenging circumstances requires willful blindness to the legacy of federally sponsored segregation that fuels roadblocks to opportunity to this day.

The proposed Housing Budget was already a slap in the face to tens of millions of working families struggling to stay afloat amidst stagnant wages and rising housing costs. The draconian cuts Trump proposed to HUD are a cynical betrayal of the millions of Americans (including many Trump supporters) who were promised by HUD Secretary Ben Carson that “we will find ways to make sure…that people who are truly in need are taken care of,” and further that “nobody’s going to be thrown out on the street.”

So, who are the people that Carson believes truly deserve support?  Apparently, not the homeless, seniors on fixed income, small business owners, people with disabilities, people living with AIDS, veterans experiencing homelessness, or even people hit by a natural disaster. All these groups rely on programs facing drastic cuts or outright elimination.

For example, Dr. Carson recently visited a restaurant in his hometown of Detroit that was funded in part by a Community Development Block Grant (CDBG), a $3 billion program administered by HUD. He called the HUD-subsidized business “a wonderful example of community revitalization at work.” The Trump budget proposes completely zeroing out CDBG funding and slashing federal rental assistance, which will likely lead many of the millions of households living in subsidized housing to experience homelessness (the most recent homeless count found 549,928 homeless people across America).

The proposed 13% cut to HUD would translate to over a quarter million people losing their housing vouchers. Those lucky enough to keep their housing support would be forced to devote more money to rent, which research shows leads to negative health and educational outcomes.  Trump also found an opportunity to insert an ideological thumb in the eye of people in publicly supported housing, proposing work-requirements for housing subsidies. This is despite the fact that under-resourced state and local agencies would have to devote more resources to monitoring and policing to push out the estimated six percent of households who would be disqualified.

Another punitive cut that hurts those most in need is the proposed eradication of the National Housing Trust Fund, which originated in the aftermath of the subprime mortgage crisis. Meant to serve the most vulnerable households by requiring Fannie Mae and Freddie Mac to set aside 0.042 percent of new business, the Housing Trust Fund yielded $174 million last year, a significant but inadequate amount to meet the scale of housing affordability challenges nationwide. Trump proposes taking these set-asides and diverting them back to government coffers. The hundreds of millions taken from low-income households would presumably be used to offset the trillions in unfunded tax cuts for the wealthiest.

In other words, here on full display is the stark immorality of an administration that with one hand blames the most vulnerable members of our society for their failures while taking away their modest supports and with the other eases the tax burden for the wealthiest. This reverse Robin Hood budget is all the more perverse in choosing to spend billions on building an unnecessary wall along our southern border while massively increasing the Pentagon budget, which would have been a perfect federal agency to find cost savings.

Astonishingly, the Pentagon has never undergone an audit, despite evidence of billions upon billions of dollars in waste, fraud, and abuse. In fact, the Pentagon’s best estimate is that $125 billion in savings could be wrought from reforming the Defense agency’s financial practices. That is over twice as much as the proposed cuts to domestic discretionary spending for all non-defense agencies combined.

We should be heading in the precise opposite direction, using the savings from auditing the bloated Pentagon and strategically investing to address inequities that diminish our shared prosperity. Research from PolicyLink shows that addressing the gaps in access to opportunity across the United States would lead to a $2.4 trillion dividend.  Blaming the poor for their poverty is a backwards and cruel approach to developing effective public policy. We implore Congress to pass a budget which will support modernizing our infrastructure, housing, and other amenities to drive opportunity and economic growth. The  budget proposed by the Trump Administration leaves us all diminished and must not stand.

Be sure to call your Congress member (202-224-3121) and let her/him know that the Trump Administration’s proposed HUD Budget must not stand.