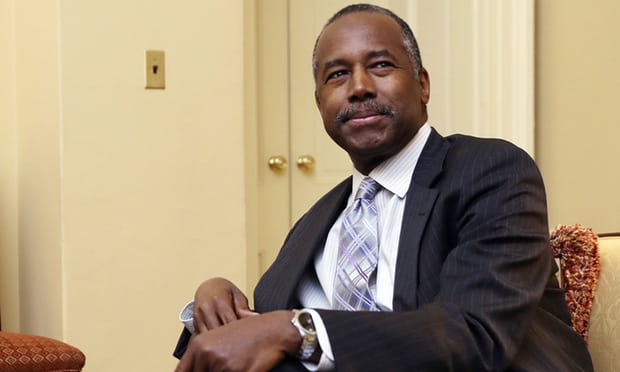 A statement from Liz Ryan Murray, project director of CarsonWatch in response to new revelations of Secretary Carson’s lavish spending and questionable ethics as he nears one year at the head of HUD.

This week, press reports have revealed the lavish spending and questionable ethics decisions of Secretary Ben Carson.  What makes this so disturbing is that this spending comes from a man who claimed public housing and housing for the homeless ‘shouldn’t be too comfortable.’  Secretary Carson is spending $165,000 on lounge furniture and $31,000 on a table for his private office while supporting massive budget cuts to affordable housing programs that will do irreparable harm to people he is sworn to serve.

When Ben Carson was confirmed to lead the Department of Housing and Urban Development we were worried.  His lack of experience and his record of derisive statements about the people he was charged with serving did not give us confidence he could faithfully uphold HUD’s mission to serve the housing needs of all.

One year later, we see our worries were justified.  The very first sentence of HUD’s mission states that the agency is “to create strong, sustainable, inclusive communities and quality affordable homes for all.”  Yet,  day after day, Secretary Carson and the administration are showing that they are unwilling to carry out this mission and continue to violate the trust of the American people.

It’s time for them to start doing their job.  They can start by fully funding public housing operating and capital funds to address the $26 billion dollars of unmet repair needs in public housing.  They can fully fund the Section 8 programs to serve the 11 million people who qualify for but cannot access assistance due to budget cuts.  They can reinstate the Affirmatively Furthering Fair Housing rules to ensure cities and counties are working to end forced segregation.

Secretary Carson needs to get up from his $31,000 table and get to the work of the people.