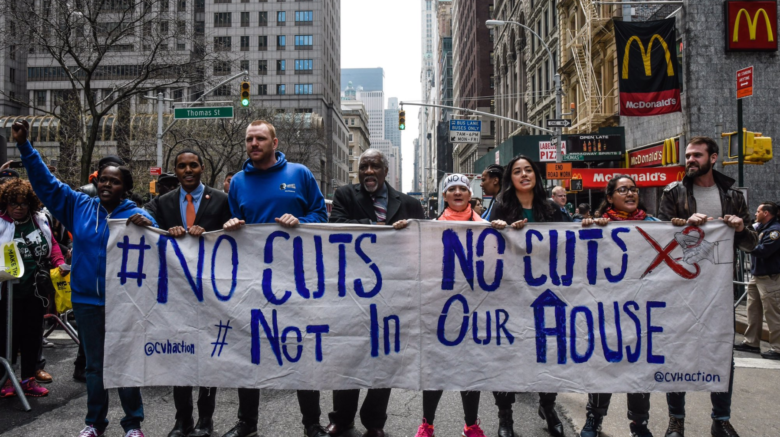 If you’ve followed CarsonWatch over the past...

This week President Trump released an immoral budget, which amounts to a wholesale attack on working families and...

The cuts Trump proposes to vital HUD programs and...

CarsonWatch is joining hands with our national partners and allies for National Call-In Day tomorrow – Wednesday, April 26th – to let Congress know that we support... 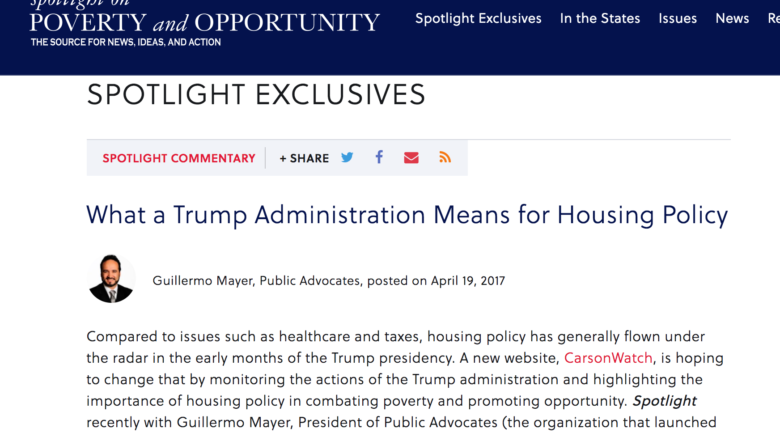 CarsonWatch is an effort to monitor and prevent the Trump Administration, and specifically the Department of Housing and Urban Development (HUD), from making decisions around housing... 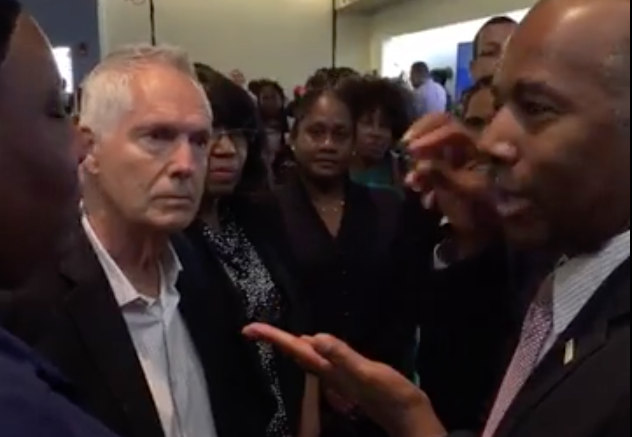 We know that you are no stranger to HUD Secretary Ben Carson’s antics as he embarks on his “listening tour” around the country. CarsonWatch kept you in the know as he has fumbled his way through Detroit and Dallas. Unfortunately, it seems as though his most recent visit to Miami shaped up to be business as usual.

Secretary Ben Carson’s time in Miami last week was far less about listening to the community, and instead more about cultivating highly curated photo opps where he could meet friendly allies. When the Secretary chooses to run a “listening tour” in this fashion, countless community members and residents are consistently left out, being refused an opportunity to voice their concerns over the Secretary’s extreme policy positions and the cruel Trump-Carson proposal to slash $6 billion from HUD next year alone.

While the media was busy covering Carson getting stuck in an elevator, CarsonWatch decided to take action…

CarsonWatch supported our allies – Miami Workers Center and Right to the City, as they confronted Secretary Carson on Wednesday when he attempted to take credit for a project with which he had nothing to do – a project that is now actually imperiled as a result of his proposed budget cuts.

On Thursday our allies hosted an event outside a forum featuring Secretary Carson and then confronted him directly inside, challenging his disingenuous attempts to convince the audience that somehow six billion fewer dollars for affordable housing and community development is a good thing for Miami and communities around the country.

The Trump-Carson budget cuts will have tangible, immediate effects on millions of our neighbors around the country: by kicking people out on the street, depriving communities like Miami of seed money to attract additional investment, and even risking children’s health by slashing funds used to keep our homes clean and free of air toxins like mold.

We cannot and will not stand for such inhumane action, especially as Secretary Carson tries to cloak it with photo opps and vague promises of keeping programs “that are going very well.”

We aren’t falling for it.

Check out our Facebook and Twitter feeds for more of the action, and be sure to use the hashtag #ListenToUs to tell Ben Carson how you will be affected by these budget cuts. 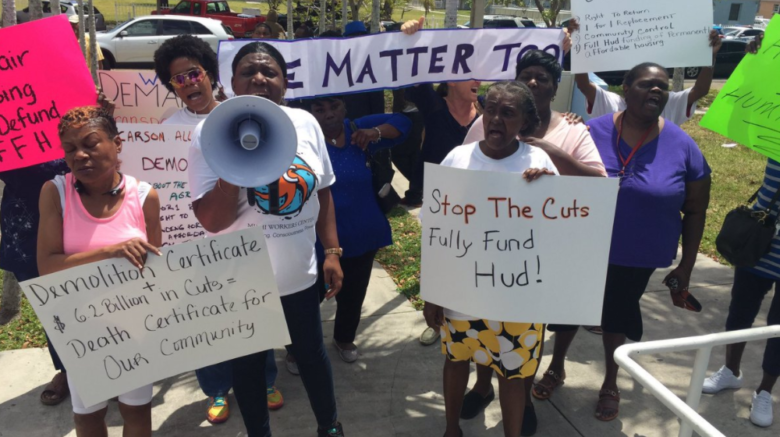 If Secretary Carson attempts to roll back fair housing protections, we will let you know HOW TO fight back