By Angela Blackwell, Founder and CEO of PolicyLink

Sadly, in the United States, where one lives is a proxy for opportunity. Housing is linked, inextricably, to health, emotional well-being, family financial security, and economic mobility. Safe, secure housing connected to opportunity should not be treated as a market commodity. It is a basic human need, a right, and a cornerstone of a prosperous, inclusive society.

Housing and real estate markets have been transformed as resurgent cities woo a young, highly educated, mobile workforce to a revitalized urban core, all too often pushing out long-time residents — low-income people and people of color disproportionately. This shift and the brutal impact on communities of color are occurring globally, in industrialized and developing nations alike. As noted by the United Nations Human Rights Office of the High Commissioner, housing has come to be viewed as a financial vehicle for wealthy investors instead of a social good or simply a place to live.

The High Commissioner recognizes the right to adequate housing as a component of the right to a standard of living and the right to non-discrimination. Under international law, according to the High Commissioner’s office, “to be adequately housed means having secure tenure — not having to worry about being evicted or having your home or lands taken away. It means living somewhere that is in keeping with your culture, and having access to appropriate services, schools, and employment.”

The United States falls well short of this standard. Federal and state laws prohibit many overtly racist practices such as redlining, which shaped patterns of residential segregation and concentrated poverty over more than a half-century. But today’s toxic combination of rising housing costs and stagnant wages is creating a new form of housing apartheid in metropolitan regions across the country.

As City Rising documents, the problem is particularly glaring in hot real estate markets like California’s. In the San Francisco Bay Area, my home, one million families live below the poverty line, the median home price is more than $700,000, and rents are among the nation’s highest.  Evictions are soaring and historic communities of color, especially African American communities, are disappearing. Housing insecurity is becoming endemic for low-income people of color.

In Oakland, for instance, the majority of the population are renters, and most of them are “housing-burdened,” which means they pay more than 30 percent of their income to keep a roof over their heads and must skimp on other essentials, according to a recent analysis by my organization, PolicyLink. If Oakland renters paid no more than they could afford for housing, the average household would have $7,100 a year more to spend on necessities like groceries, childcare, and transportation. Collectively, these expenditures would contribute $352 billion to the local economy, fueling economic growth.

The good news is that housing advocates, community organizers, and residents in the the state and the nation are pushing back against displacement and housing insecurity, and working with determination to ensure that all have access to quality housing. For example, immediately after the Trump administration took office, with Ben Carson as head of the U.S. Department of Housing and Urban Development (HUD), PolicyLink, Public Advocates, and other partners formed CarsonWatch. Supported by grassroots networks, the initiative fights attempts to roll back fair housing protections, cut budgets, and undermine the housing security of millions of Americans.

In September, renters in 45 cities organized protests during a nationwide “National Renter Week of Action and Assemblies,” spearheaded by the Right to the City Alliance. The actions drew public attention to the growing housing crisis and to threats by the administration to cut billions from HUD’s budget.

And in November 2016, voters in the Bay Area approved mor than a dozen ballot measures to address what has become a housing emergency. The measures provide important tenant protections against exorbitant rent hikes and unjust evictions. More ignificantly for the long term, the measures authorize more than $2 billion in affordable housing investments. The challenge now is to make sure such investments are used to build inclusive, opportunity-rich communities, with affordable housing as a centerpiece. Just as we need to redefine housing as a right, not a commodity, we must rethink old housing strategies that focus solely on erecting low-cost places to live.

The right to housing is interwoven with the right to take part, unhindered, in economic, civic, and social life. Housing must be more than affordable; it must connect people to good jobs, education, efficient transportation, and other resources that enable all to participate, prosper, and reach their full potential.

This article first appeared at KCET.org as a part of the City Rising series

Angela Glover Blackwell is founder and CEO of PolicyLink, the national research and action institute advancing racial and economic equity by Lifting Up What Works.®  PolicyLink is a founding partner of CarsonWatch 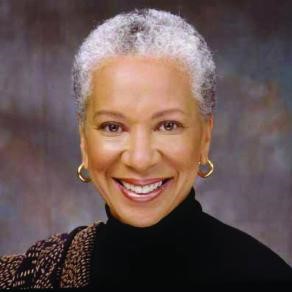